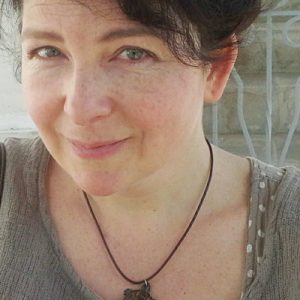 On 29h of April the students of Cambridge Russian School will have a chance to take part in the Art class by Yuliya Somina, at 14.15 and 15.15.

Also we will have the opportunity to get some of Yuliya original sketches and books with her illustrations.

Students of our school – free, with previous registration – head@camrusschool.org.uk.

The guests of our school can take part in class at 15.15, £5 children, £8 adults. Previous registration – head@camrusschool.org.uk.

Also you can get more information on our school FB page:

Yulia Somina about herself:

I was born in Moscow and graduated from the Moscow State Art College with a degree in fine arts and art teaching . I fulfilled my dream by joining the team of the Moscow Central Animation Studio “Souzmultfilm”. Moving to Great Britain sadly ended my career in animation but opened up new opportunities in illustration. Brought up on books, beautifully illustrated by the best Soviet artists, I always felt the need to sketch visual interpretations of what I’ve read.

Now I am lucky enough to work for British and Russian publishers. The result of such work for example, is 200 illustrations for Bill Bryson’s “A really short history of nearly everything”, a book which won a 2010 Educational Writers’ Award. In 2007 I was Highly Commended for two of my own projects in The Macmillan Prize Children’s Picture Book Illustration competition. Since then I’ve drawn pictures for magazines, newspapers, children’s educational books, including Michel Rosen’s “I never know how poems start”. The biggest project I’ve done in Russia is a children’s book penned by Tatiana Tolstoy and best-seller “Grannies falling from the Sky” by Masha Rupasova.

My favourite media is pen, ink and watercolour, though digital rendering is hard to avoid in the 21st century and it opens interesting visual possibilities.

As long as it is funny, imaginative, even surreal-I want to illustrate it! 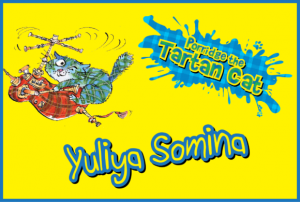 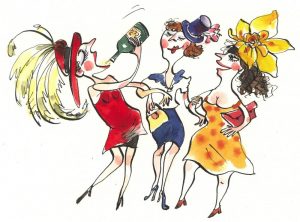 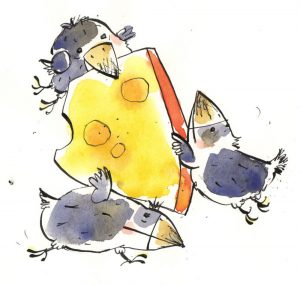