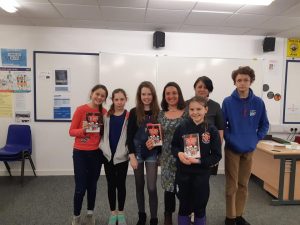 A literary translator Ruth Ahmedzai Kemp has visited our school on the 16 February 2019. Our Director Jelena Carter has written an article about this event (the article was published by Pulse UK and can be found here).

Ruth is a translator into English from Russian, German and Arabic. Her first major translation work from Russian was Yulia Yakovleva’s Raven’s Children – “Дети ворона”.

The publishing house Penguin supported our school and sent us free copies to read, which were distributed among the students, so that they were prepared to meet with the translator.

Ruth Ahmedzai Kemp and the pupils discussed the plot and historical realities of the book, also tried to translate extracts from the book from Russian into English. 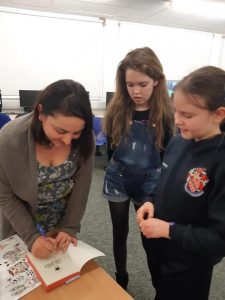 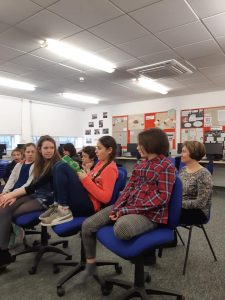 Such meetings are always a great opportunity to learn more about various professions and opportunities for bilinguals; they provide one with an incentive to learn and improve both one’s native language as well as English, as well as the challenge to get to know more about Russia and life there and broaden horizons.